An unknown number of women and girls are killed every year primarily because of their gender, murders known as “femicides” or “feminicides.” Although gender-related violence is a serious problem worldwide, official government data on the issue are often inaccurate, incomplete, or nonexistent. These “missing data” have real consequences, says Helena Suárez Val, a researcher at the University of Warwick who also works on the data collection project Feminicidio Uruguay started by activists. “If we knew how often it happens, where it happens, what are the motivations, that would help the state direct resources and create public policies,” she says.

Across the Americas, activist groups and civil society organizations often take the reins with researching, recording, and remembering instances of feminicide independently. For example, Feminicidio Uruguay retains an interactive map and database of feminicides across Uruguay, and the U.S.-based Sovereign Bodies Institute keeps a database on missing and murdered Indigenous women, girls, and two-spirit people (a term used by some Indigenous North Americans to describe a gender variant) in the United States, Canada, and beyond. There are similar efforts worldwide in places such as Turkey and Australia.

In a paper published today in Patterns, a group of researchers describes how some of activists in the Americas are producing these “counterdata”—data produced by nonmainstream sources—and filling these gaps. ScienceInsider recently discussed those efforts with three of the paper’s authors: Suárez Val; Catherine D’Ignazio, an urban planner at the Massachusetts Institute of Technology; and Isadora Cruxên, a political economist at Queen Mary University of London. This conversation has been edited for length and clarity.

Q: You use the term “feminicide” in your paper—how is that word different from “femicide,” which is usually defined in English as “the intentional killing of women or girls because they are female?”

Helena Suárez Val: The lineage of “femicide” is from English. In the 1990s, a Mexican feminist anthropologist called Marcela Lagarde used the word “feminicide” in a book translation to make a distinction, because “femicide” could easily be understood [in Spanish] as simply the murder of a woman, not necessarily for gender-related reasons, [versus] “homicide,” the murder of a man. Marcela wanted to emphasize the gender-related aspects of the violence [the fact that a woman’s gender was the reason for the killing]. She also wanted to bring attention to the role of the state in perpetuating impunity in these crimes and “feminicide” has this emphasis in Latin America. We aligned with this idea, which is why we chose the term. But feminist activists use the terms interchangeably.

Q: Why do the official sources of data on feminicide fall short?

Catherine D’Ignazio: The reasons are many and different across different contexts. There are legal definitions—does the state itself have any conception of femicide or feminicide, because if not then it’s not going to measure it. Latin America is really interesting because pretty much all those countries in the past 15 or so years have put laws on the books defining [feminicide]. Canada and the United States do not recognize feminicide as a thing, and there is no official measurement of such a concept.

There can also be a lack of implementation of these laws. There’s not adequate training for law enforcement and medical examiners. How do we accurately determine whether something is femicide or feminicide? You have to know a lot about a case, which means you have to invest in resources to know about the case. There’s been very little investment on the state’s part in adequately training people to do that.

Q: In the United States and Canada, there’s growing awareness of the missing and murdered Indigenous women crisis. Why are Indigenous groups in particular affected by the gaps in data collection?

C.D.: This is a particular sort of invisible-ized, racialized form of femicide that is happening. There’s a lot of complicated issues that relate to tribal versus nation-state jurisdiction. These disputes make it so that nobody ends up being responsible for these cases. There’s also persistent undocumented racial misclassification of Indigenous folks in both the U.S. and Canada, which then leads to an undercount of the victims of this type of violence. And then there’s persistent media circulation of negative stereotypes about these crimes—stuff like, “the victims deserve it.”

H.S.V.: One of the main differences between government data and activist data is that activist data is not there only to make visible the issue, but also to make visible the women. Most activists, we name the victims. In some cases, we keep that information private, but we usually make a point of recording the name, because what we’re interested in is also making that an exercise of remembrance. There’s a function of the data as an archive of our care for these women, their lives, and their families.

Q: What sort of challenges are activist data collectors up against?

H.S.V.: The main challenge that we share across the board is utilizing our resources. Some of us don’t even have financial resources or the structure of an organization or even a collective that we can support ourselves with. Most of us have learned to do data on the go, so there’s a technical upscaling in addition to the time and resources that we don’t have. And then there is the emotional labor of doing the work. Most of us use the media to gather information about cases and read through a ton of violent articles and sexist and racist narratives.

Q: What kind of applications or solutions can be done if data gaps are filled?

Isadora Cruxên: I want to push back against the idea that we might ever have complete data sets. I don’t think any of us thinks it’s possible to collect all the data in the world. But I do think that for the activists we’ve worked with, there is this hope and expectation to use this data to not only influence policy, but also reshape the ways in which media talk about cases of violence and feminicide.

H.S.V.: If we could understand better how often [feminicide] happens, where it happens, what are the motivations, then that would help the state to direct resources. There’s important immediate allocation of support and services that would really need to happen too if we really knew the scope and scale of the problem.

Q: How can academic scientists support these activists and data collectors on the ground?

H.S.V.: It’s a difficult tightrope to walk. As part of our project [Data Against Feminicide], we’ve developed two sets of tools that support activist efforts, and they’ve been codesigned with myself and other activists. We’ve been trying to work out what might help us, rather than tell us how to do it better, and trying to learn from each other.

Q: What are these tools, and have they been successful?

C.D.: One is designed for when activists are reading news stories online about feminicide. It’s a browser extension that, when you’re reading the news, highlights people, places, ages, and then any custom words they want to highlight. Often activists are reading and scanning and copying and pasting values into their databases, so it’s a very manual data collection process, typically.

The other tool is very similar to Google Alerts. You set up a query, and then each night the system goes out and scans news articles in your geography of interest. Anything that matches it runs through a machine learning classifier [which also identifies feminicide attempts or links to the killing of another person like a child] to try to detect whether it’s actually a feminicide. That tool is available in English and Spanish right now, and that’s what we piloted with the [activist] groups to varying effects. We’re working on some improvements, but the basic tool is in place and works and we hope that it helps to support and sustain activist labor.

H.S.V.: The beauty of [the tools], speaking as an activist who does this [work], is that it hasn’t asked us to learn anything new. And it also allows us to know what sources are being consulted and suggest new sources, because in larger countries many cases go under the radar and are only reported in local blogs or smaller outlets.

Q: What do you want to see more from the academic research community in working with these activist data collectors?

C.D.: There’s a tremendous contribution brought by the activists that we can learn from. The response I’d like to see from the research community would be more support for those practices, and resourcing in a way that provides infrastructure [like these tools] rather than replacing it with our “expert data science.” 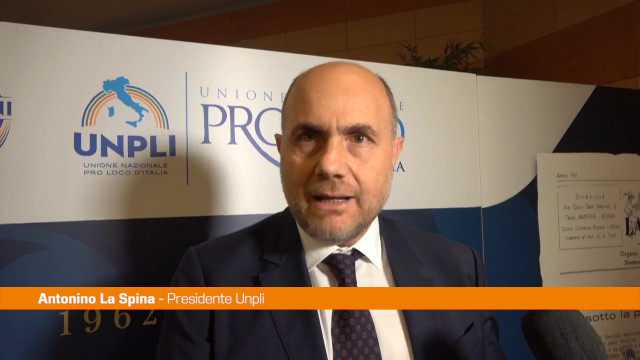 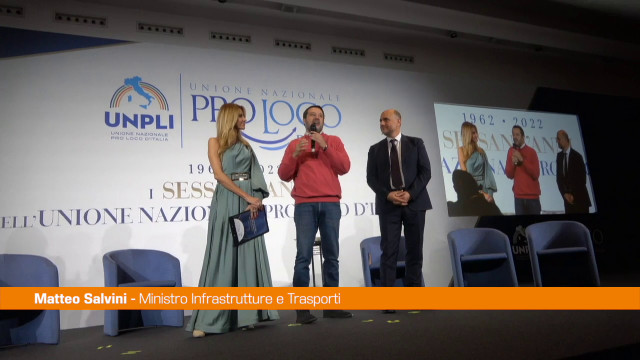 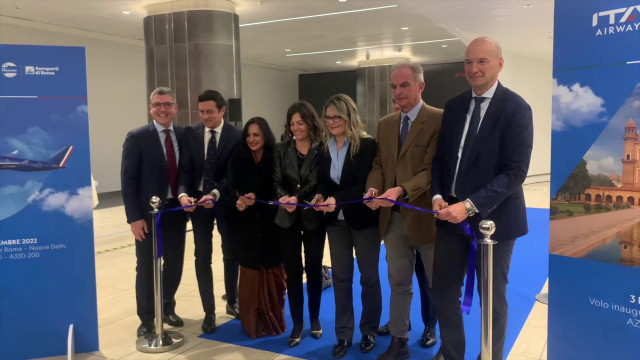 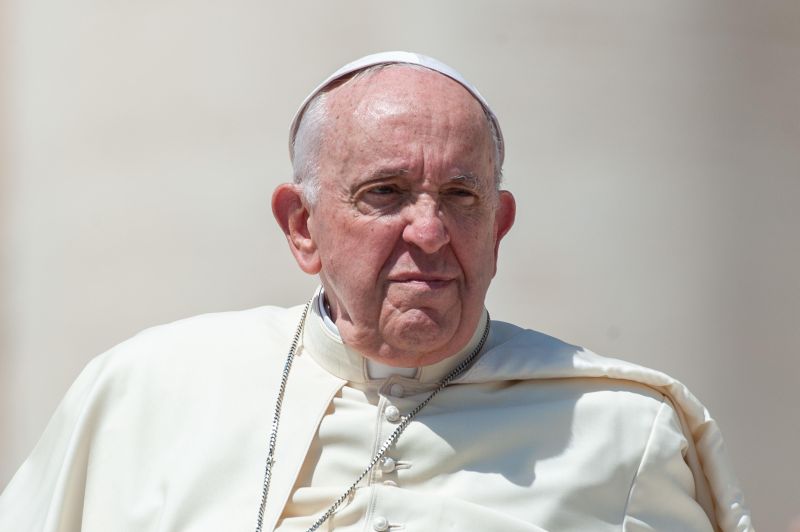 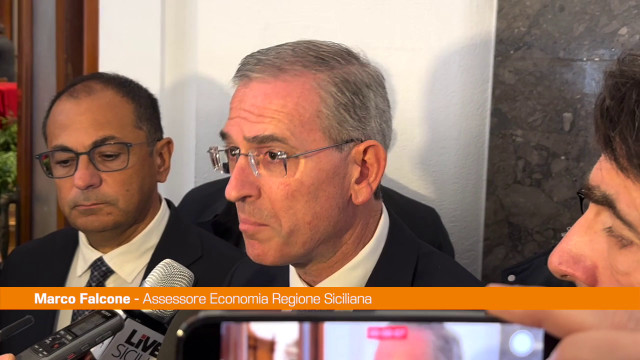 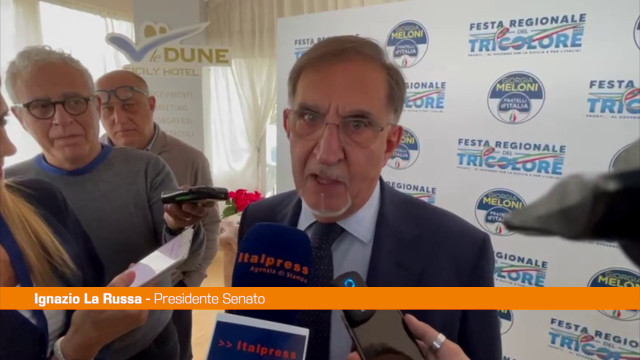 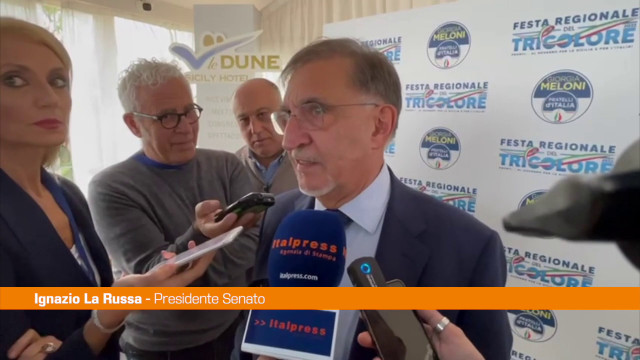 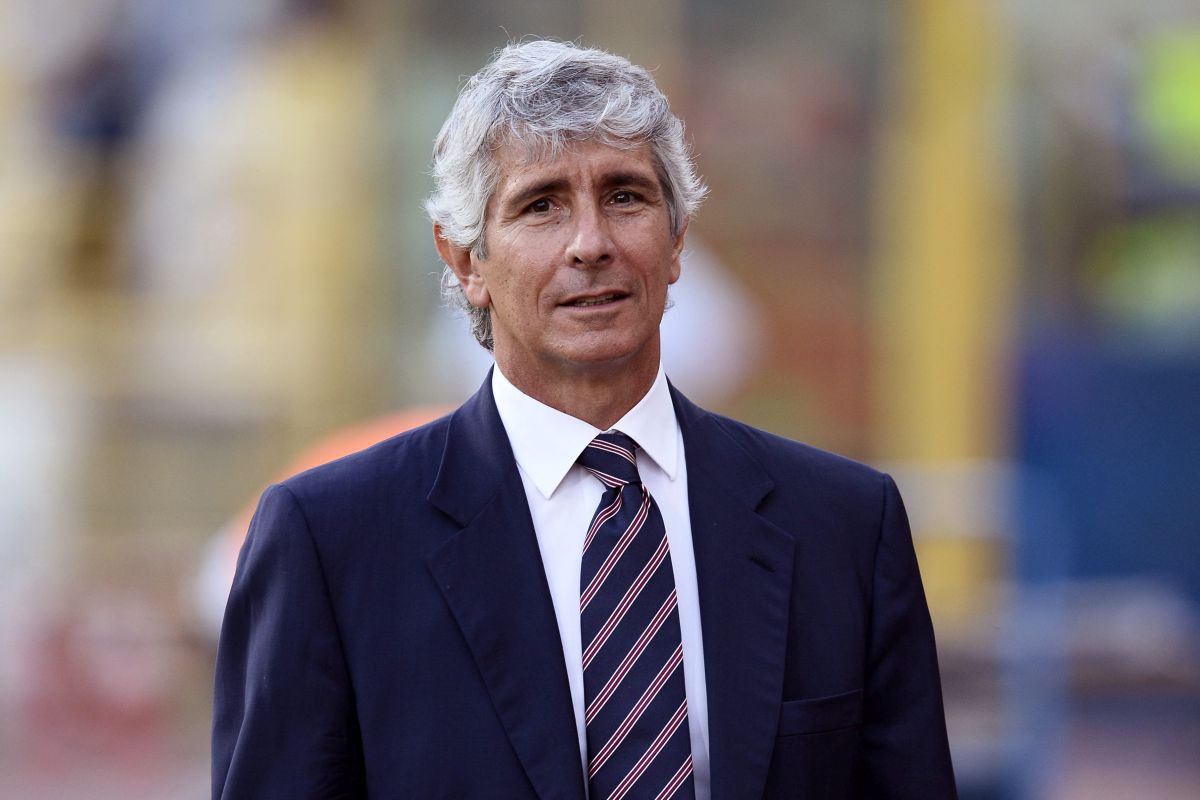 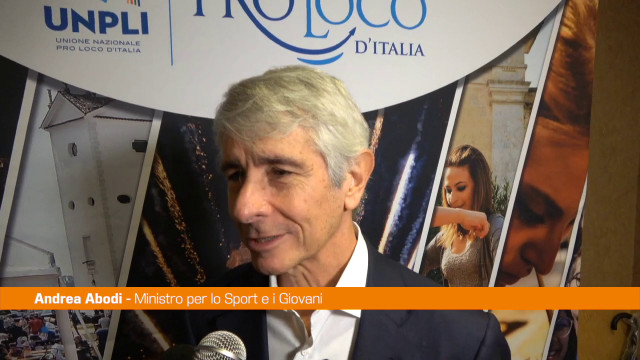 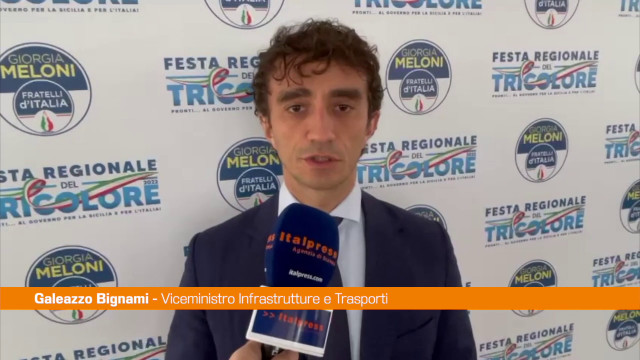 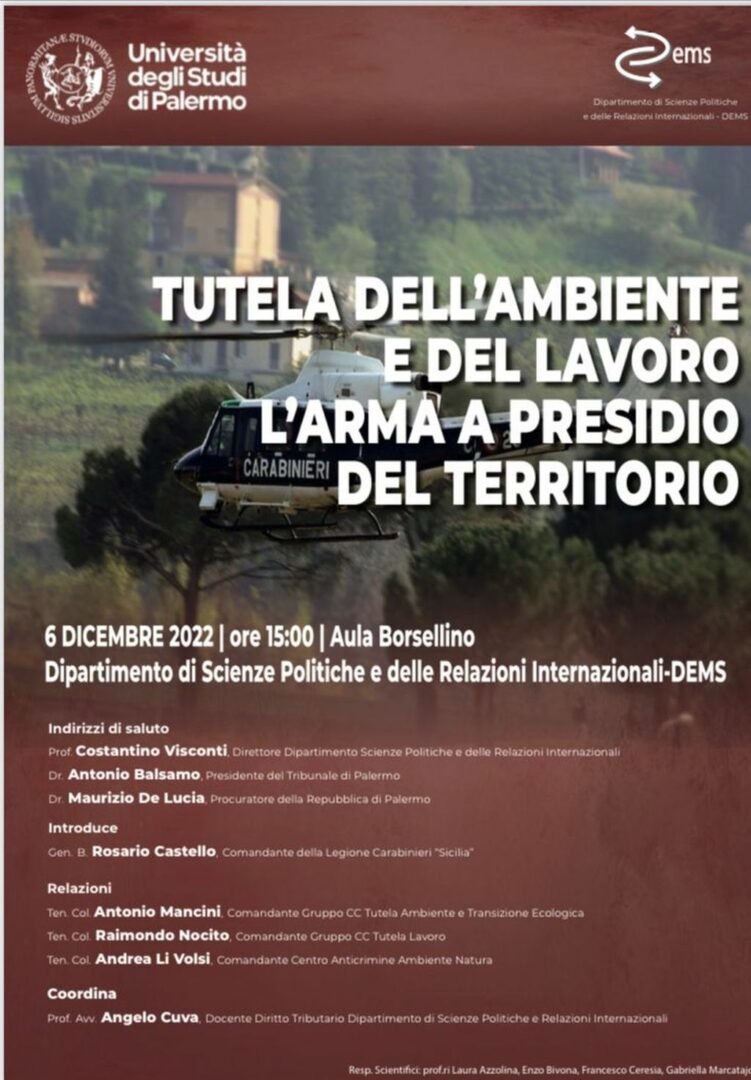 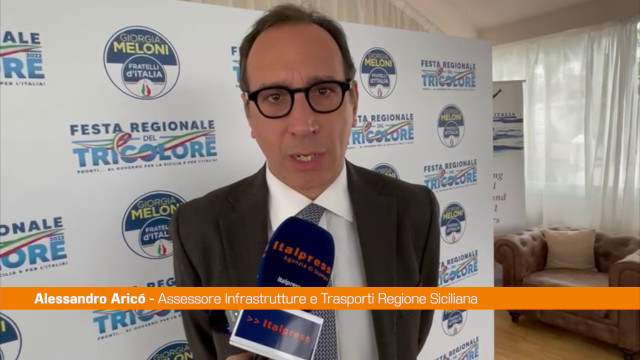 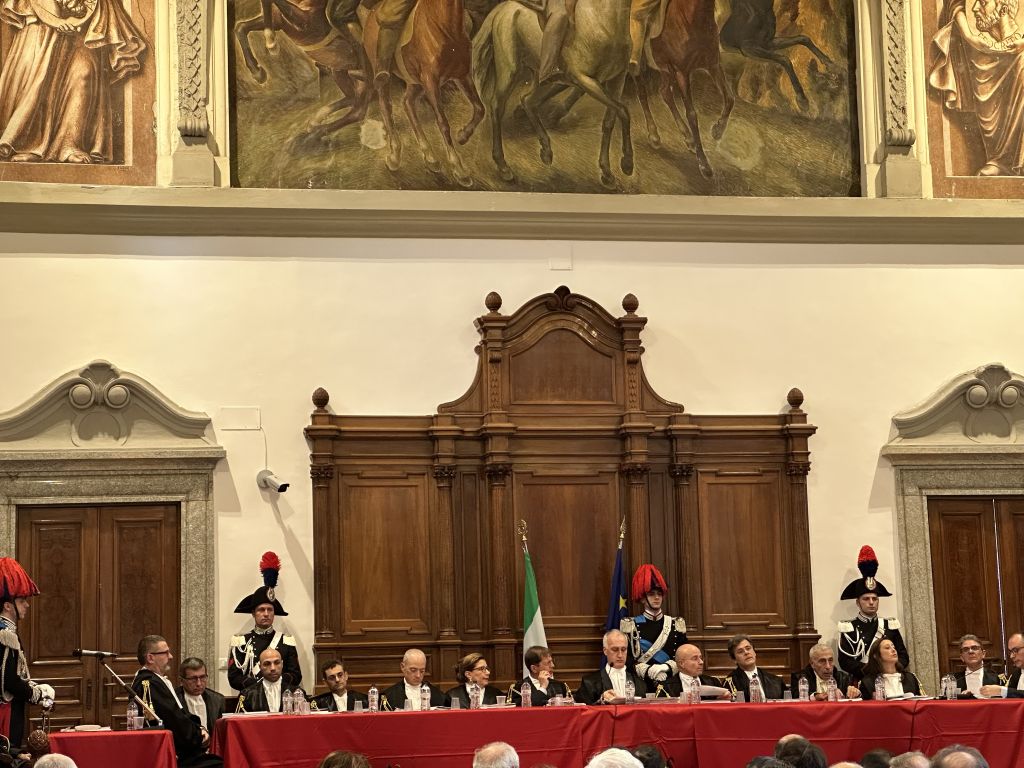 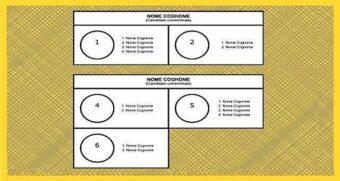