“Cuore di Puglia” events: beyond the typical sea food, here it is the Apulian land appetizers.

The association named “Cuore di Puglia” announce 8 nights related to the discovery of amazing taste of Apulian food. The area included between the Adriatic Sea and The Ionio Sea, is rich particularly of typical agricultural products, and turist people visiting Apulia coming from abroad or Italy as well, are invited to taste every food richness.

The first night is fixed on Saturday 3th of July 2022, in Corato city, the well-known capital of “oliva coratina”, the main one in the land of Metropolitan area of Bari.

Here it is the address: via Castel del Monte n.184, next to the “Terra Maiorum” company, Corato, Bari. 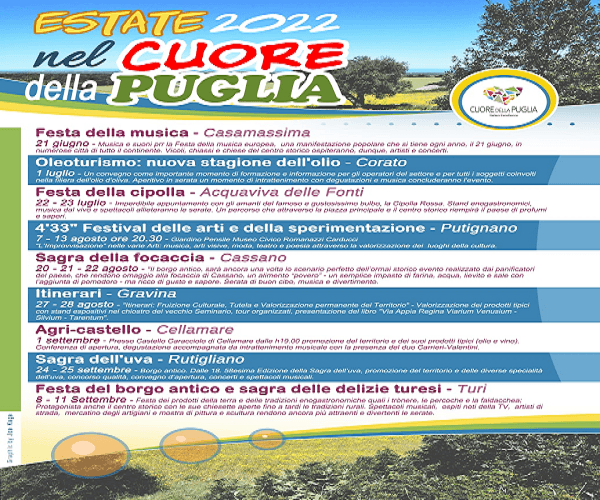 The meeting will be focused on the tourism related the olive oil especially realized by the mechanic treatment. Music and a buffet with typical Apulian food will be offered, at the end.

Two days (on 22th  and on 23th of July) will be dedicated for the “Red Ognion Celebration”, as well said in Italian “Sagra of Acquaviva’s Cipolla Rossa” in Acquaviva delle Fonti city.

From 7th of August up to 13th of August, in Putignano city will be the “Festival of the experimental arts”.

In Cassano delle Murge city, from 20th of August up to 22th of August, wil be the “Sagra of Focaccia”, typical Apulian appetizer.

“Itinerari” event, that is the exhibition of Apulian products in the ancient Catholic church will be placed in Gravina in Puglia city on 27th and 28th of August.

“Agricastello” is the name of the event taking place on the first of August in Cellamare city.

In Turi city, the main famous one for the cherries named “Ferrovia”, will take place from the 8th of September up to  11th of September, the celebration of the ancient city and the sagra of Turi tipical food.

Closing event the 24th and 25th of September with the “Sagra dell’Uva” in Rutigliano city, well known for typical Apulian grapes.

“Every night was supported and put all togheter in the only one big food and wine tourist event, finally”, Davide Carlucci says.

“The real richness of The Apulian land is the main target to reach for us”  underlines Davide Carlucci, the mayor of Acquaviva delle Fonti city, as well as president of “Cuore di Puglia” association.

“But beyond suggesting our typical wine and food topics, it is our priority boosting tourism toward the amazing countryside and stunning historical little old cities. In the summer, the association “Cuore di Puglia” propose relaxing and refreshing holiday days rather than the sea with crowded beaches, during this hot summer”, Davide Carlucci ends. 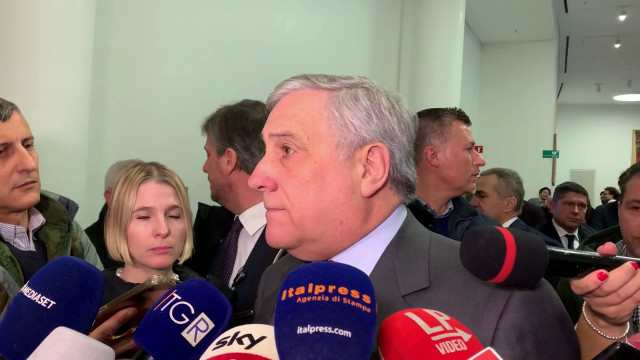 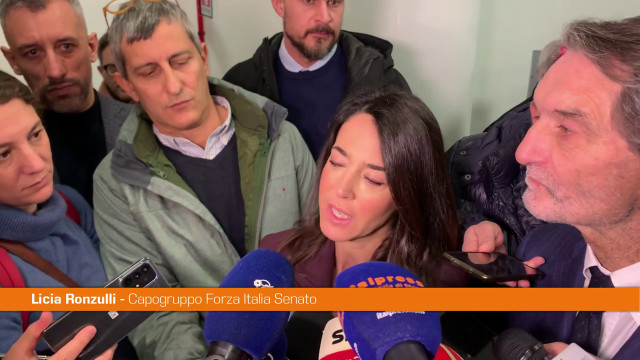 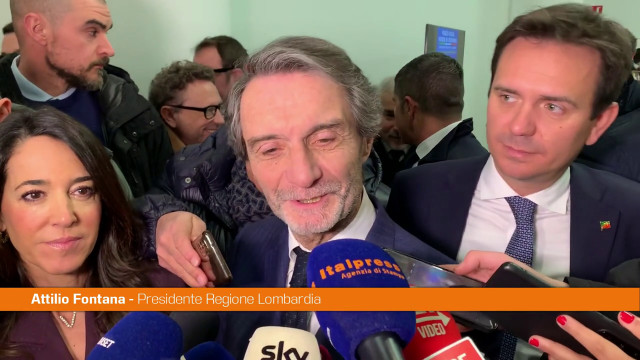 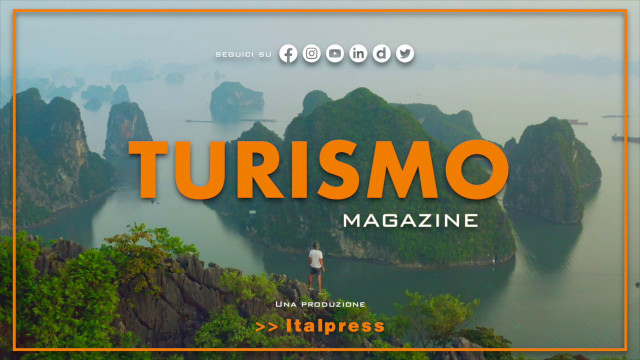 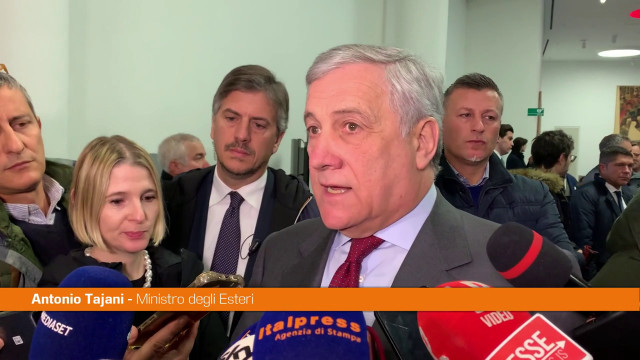 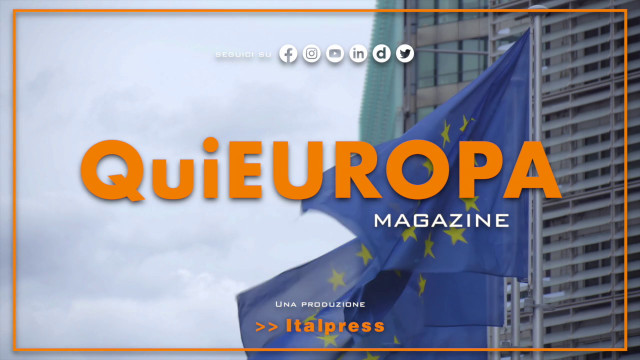 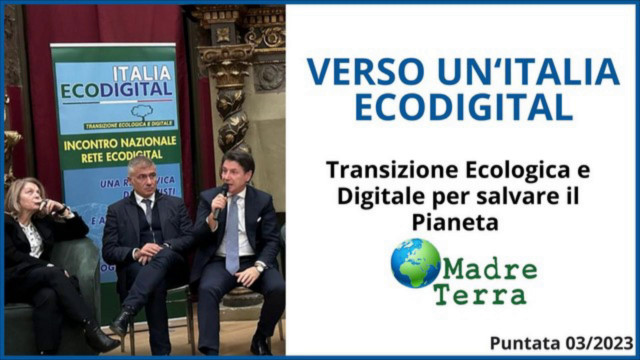 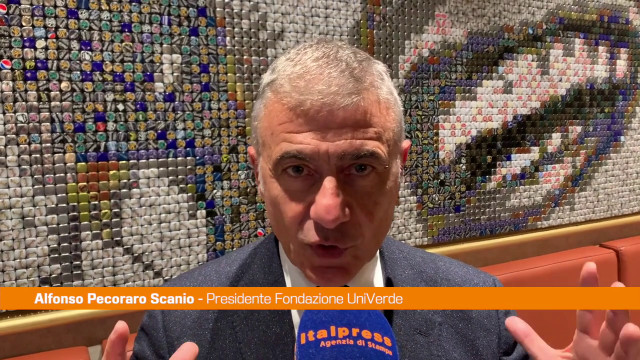 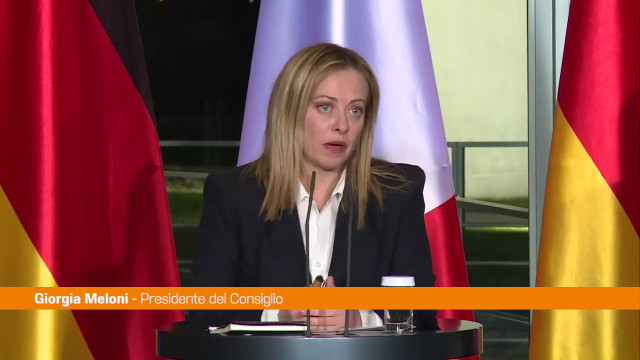 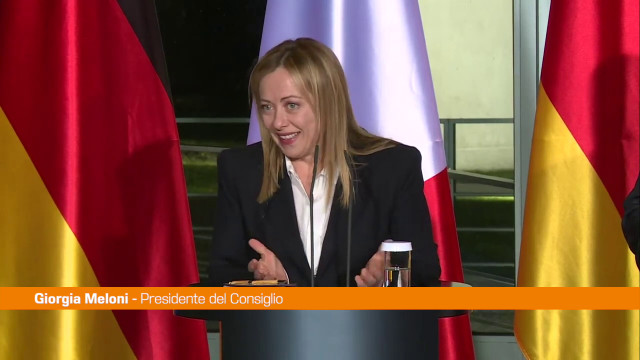 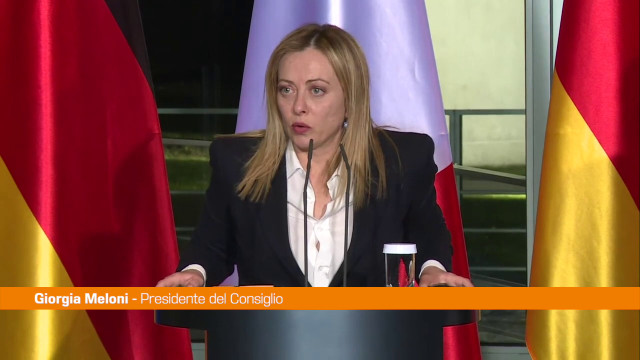 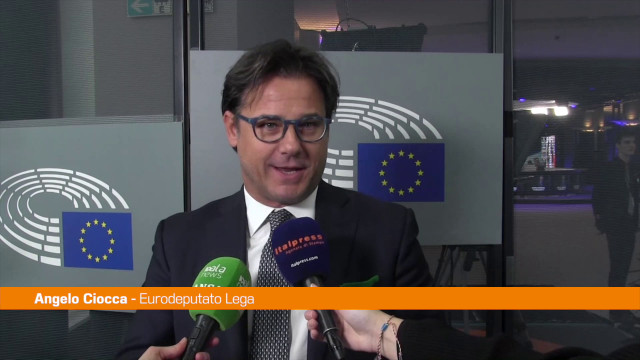 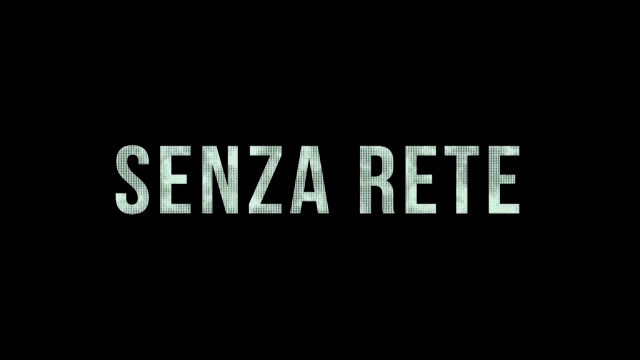 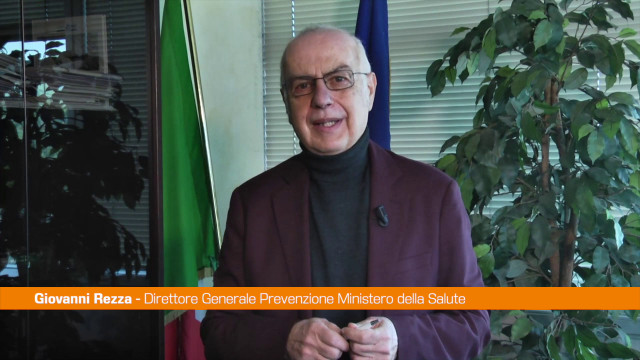 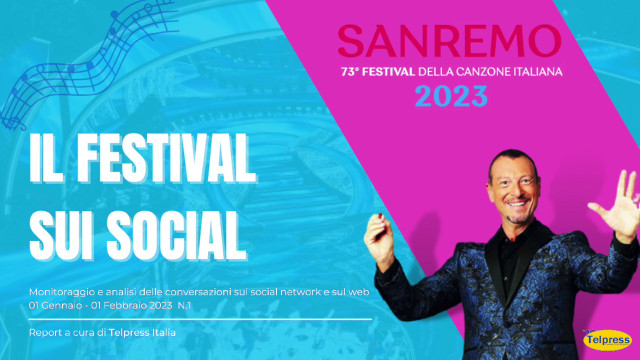 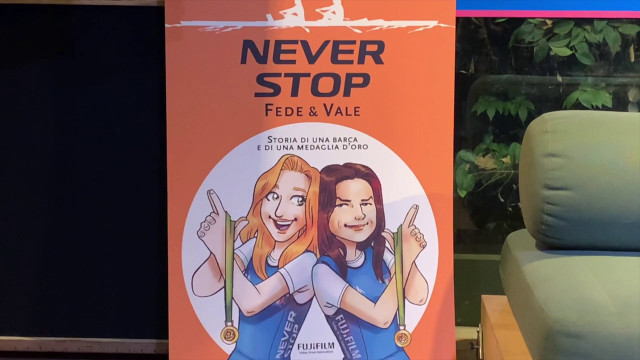 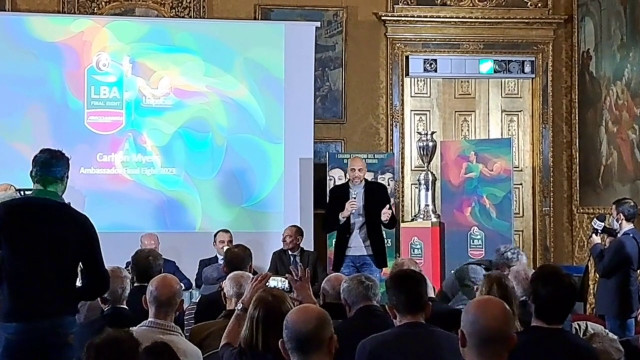 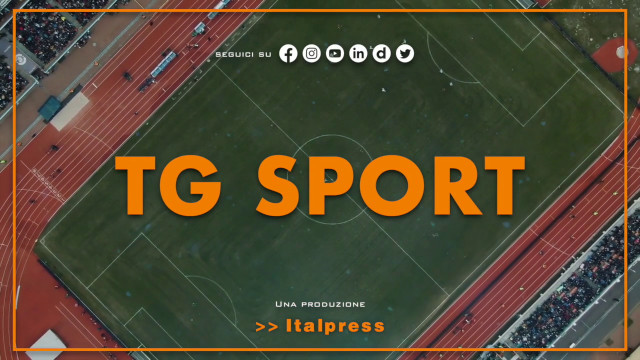 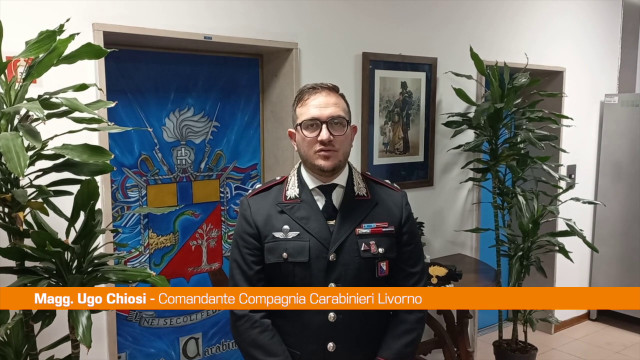 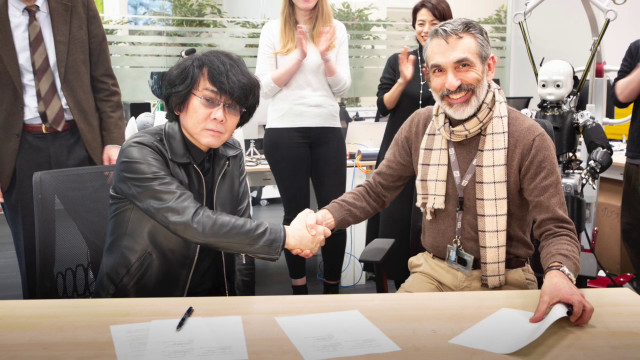 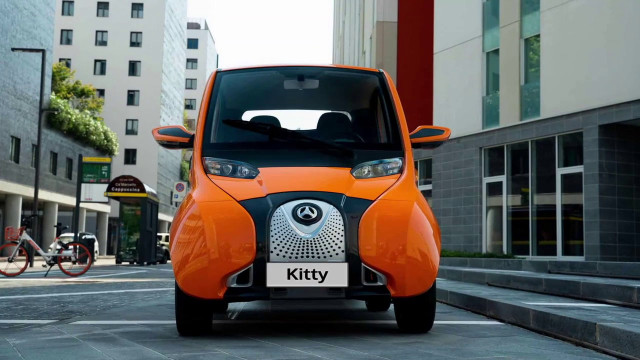 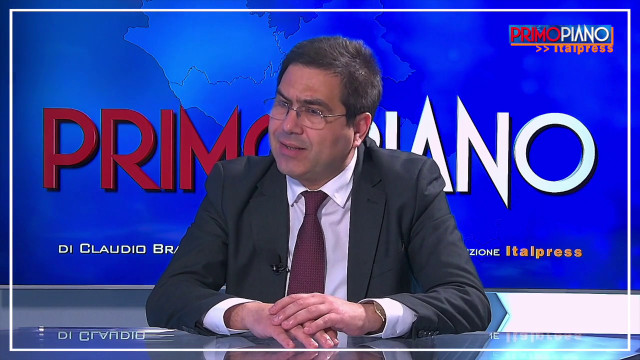 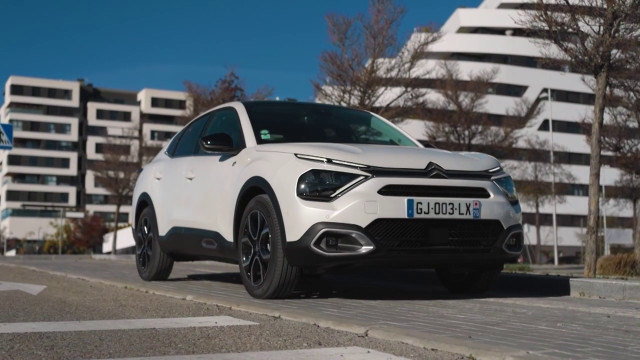